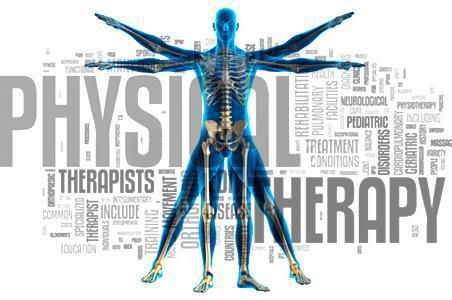 Physical Therapy May Be The Answer

When I was doing a fellowship in Urogynecology and Pelvic surgery, I met a wonderful Physical Therapist named Kathleen Novicki. She was getting a Master’s Degree in Pelvic Floor Physical Therapy and was several years ahead of what traditional doctors and hospitals were offering patients with pelvic issues. And her results were impressive, to say the least. Some problems are treated well with surgery and others with medications. But some issues fall between the two mainstays of treatment and that’s where Physical Therapy fills the bill. Over the years we have worked together with many patients, resulting in great outcomes without surgery. I have seen women who have suffered for long periods of time and after their initial consultation and examination, we opted for physical therapy and have had amazing results.

“When I was still in medical school I saw a lot of women who had horrible back pain. Some of it was related to pregnancy, some to other issues. Not many doctors were treating it so I decided to focus on Women’s Health and pelvic floor issues were part of the training,” said Kathleen Novicki. “Now I see more and more symptoms that are related to the pelvic muscles—incontinence, bladder control and bowel movement issues are just a few.”

Kathleen went on to say that because it is a muscular problem, it is often undiagnosed or not recognized. With physical therapy and some form of biofeedback, Kathleen and Dr. Owens see remarkable improvements with their patients.

“Once we can determine which muscles need to be strengthened, I recommend exercises that the patient can do at home. Generally in a three-to-six month time frame there is dramatic improvements,” Kathleen said. “The number one thing patients say is that they are happy to be off medications with results that didn’t require surgery.”

The pelvic region is supported in part by muscles. Many conditions, such as pregnancy, constipation, chronic coughing, obesity or injury can weaken or damage the pelvic floor muscles. This lack of support can cause leaky bladder, painful intercourse, bulging organs into the vagina. Physical therapy by a trained and specialized therapist can be the treatment needed.

As with most pelvic floor issues, women aren’t talking about their problems. Painful intercourse and leaking bladders just don’t seem to be the lunchtime topic of conversation. But we know that one in four women have these issues. Physical therapy could be the prescription for your pelvic floor conditions.

Call our office at Advanced Pelvic Surgery to discuss how we can work together.